Maharashtra’s (WIFA) struck twice in the second half and managed to prevail over Jammu and Kashmir by a clear 2-0 margin in a Group-E league match of the AIFF Senior Women's National Football Championship 2021-22, and played at the EMS Corporation Stadium, Kozhikode, on Wednesday morning. 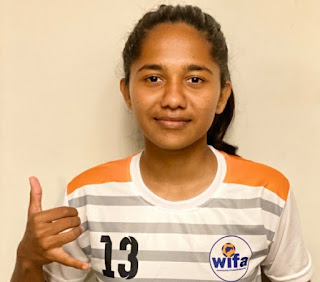 In a keenly contested encounter, both teams had attempts at goal in the first session but failed to open the scoring and went into the break with breaking the goalless deadlock.

However, immediately after switching sides Maharashtra’s attacking midfielder Aishwarya from Buldhana District found the back of the net to give her team the crucial lead in the 47th minute.

Maharashtra continued to put pressure on the Jammu and Kashmir citadel and doubled the lead with a late strike from substitute Sapna who dispatched the ball past goalkeeper Sangeeta to secure the win and the full three points.

In the concluding group match, Maharashtra will clash with Sikkim on Friday.