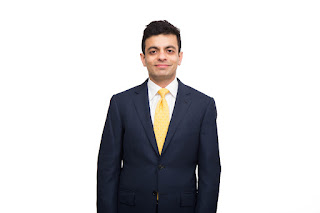 Indiabulls Housing Finance Limited announces  ₹  1,000 crore Public Issue of Secured and/or Unsecured Redeemable Non-Convertible Debentures (NCDs) ·           Coupon Rate of up to 9.75% per annum* ·           Security cover of 1.25 times on the principal amount and interest thereon ·           Tranche I Issue rated as ‘CRISIL AA/Stable (double A: Stable) by CRISIL Ratings Limited and BWR AA+/Negative (double A plus/Negative) by Brickworks Ratings Pvt Ltd ·           Tranche I Issue opens on September 06, 2021 and closes on September 20, 2021** ·           Trading in dematerialized form only ·           Allotment on first -come- first-serve-basis ·           The NCDs are proposed to be listed on BSE and NSE. Mumbai, 03 September, 2021:  Indiabulls Housing Finance Limited, a housing finance company regulated by the Reserve Bank of India, has announced the public issue of secured/ and or unsecured, redeemable, non-convertible debentures of the face value of Rs. 1,000 each. The Tranche I I
Post a Comment
Read more
September 02, 2021
Sidhu Moose Wala’s Debut Film’s 1st Song ‘Jailaan’ Is Here And It’s Explosive! Times Music  presents,  Sidhu Moose Wala's debut film's first song,  'Jailaan' .  The song is written, composed, and sung by Sidhu Moose Wala, and the music is given by The Kidd. The world has grooved to Moosetape and Sidhu Moose Wala's incredible music on small screens. In 2021, for the very first time, witness one of the greatest and finest Punjabi artist's magic on the big screen. He is now stepping into the world of acting with a blockbuster Punjabi film, 'Moosa Jatt'. Releasing in theaters on October 01, 2021, Moosa Jatt's music is going to be one hundred percent power-packed. Three out of five songs from the album are Siddhu Moose Wala's new songs. The first track of 'Moosa Jatt', 'Jailaan' is OUT NOW on Times Music and has super hit written all over it. Talking about the film and the album,   Sidhu Moose Wala said , "Moosa Jatt is my very fi
Post a Comment
Read more
September 02, 2021
Ga npat Star Kriti Sanon Opens her Account on Koo Gets more than 20K followers in just a week  National, September, 2021:   Within a week on opening an account on Koo Ganpath star,  Kriti Sanon now has over 20,000   followers on India’s own social media platform. Using the handle  @kritisanon , the rising bollywood star actor has now firmly established her presence on the platform. About two weeks ago, her co-star and friend, Tiger Shroff had taken his fans by surprise by joining the micro blogging platform, and received an overwhelming response.  Fast on the heels of Kriti joining Koo, at least four of her fanclubs also created their handles on the platform -   @FAN_OF_KS, @Kriti_Sanon_FC, @kritsaffection, @team_kritian .  Kriti Sanon announced her arrival on the platform with an evocative photograph of her eyes and a shoutout to her fans on other social media platforms about her presence on Koo. More recently, a beautiful photograph of the actor received over 1,700 likes. Kriti will
Post a Comment
Read more
More posts