Mumbai, 16th August 2021- Pune Urban Agglomeration, which comprises Pimpri-Chinchwad and other suburbs has emerged as the third fastest-growing city in the country in the last two decades. It is one of the most swiftly developing suburban areas of Pune and is located very close to the industrial zones and the IT hubs of Pune. The area has excellent civic amenities and is very well-connected to the other parts of Pune city and is in proximity to Mumbai city.

Pimpri-Chinchwad area comprises more than 4000 industrial units, having multinational auto sector players such as Mercedes Benz, Volkswagen, JCB, Tata Motors, Bajaj Auto and Force Motors among the few of the renowned automobile brands, having a growth rate of 15% a year. With its salubrious climate, Pimpri has large green belts and abundant economic opportunities have made it a preferred location of choice for both residential and industrial purposes.

The area has immense potential for growth due to its well-planned infrastructure, favorable climate, land availability, distance from the airport, nearest city railway station, BRTS network, and access to the metro rail station. Other major companies like Mahindra and Mahindra, Premier, Elpro, Crompton Greaves etc. have established their lands and operations in the past and has invested money into their core business, which has given opportunities for key commercial development. This suburb is one of the promising micro-market in the Pune city, and it mainly comprises people working across IT companies, BFSI, motor and automobile industry workers, students, and others.

On the recent development of this popular suburb, 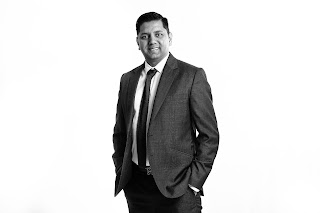 Vineet Goyal, Jt. Managing Director of Kohinoor Group said- “Despite being in the post-pandemic world, this area has seen big deals and property launches happening in the past two years. Due to its immense potential for both commercial and residential development, the area has been one of our chosen destinations for investment.”

Currently, the commercial stock in Pimpri-Chinchwad is about 2 million sq. ft. which is majorly a rental driven market. This market is mainly focused more on leasing rather than sales strata because of the presence of IT, ITES and Manufacturing industries and backend offices of MNCs due to which the developers are expecting a continuous appreciation in rental values of commercial properties.  Recently, this area has seen one of the biggest deals of this year as Greaves Cotton has sold 27 acres at the Akurdi plant for Rs 320 crore to a real estate developer. This deal will further help the area to gain more attraction from investors and developers as demand for housing and commercial office spaces will see a spike in the coming times.